So this is a brief post (and mostly photos) of our trip out to Mont St Michel last week. I was told that the island is a must-see by several friends, and I was looking forward to spending the night on the island in order to be there after the daytime rush of tourists. The tides at Mont Saint Michel come in and out very quickly when they change and it’s exciting to see when you are out there, so naturally, I looked it up. It turned out there would be absolutely no change between low and high tide while we were on the island. I was slightly disappointed but figured that the water would be in and it would look like any other island. It turned out, the water was completely out, so the island was now surrounded by sand. And that turned out to be amazing.

We took the train from Paris to Rennes and then took a bus to the shuttle at Mont Saint Michel, but it was a beautiful afternoon so we decided to walk along the pathway to he island, which was awesome. It turns out you can rent bikes too, but it’s an easy walk. 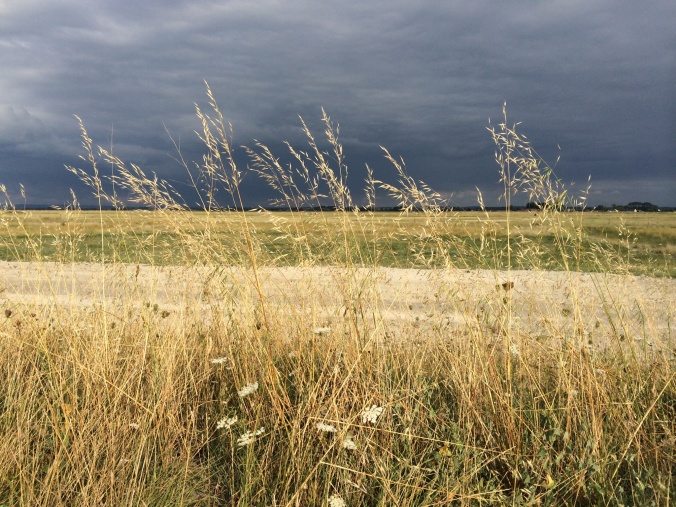 A storm was leaving the area just as we got there, so it made for really exciting skies! 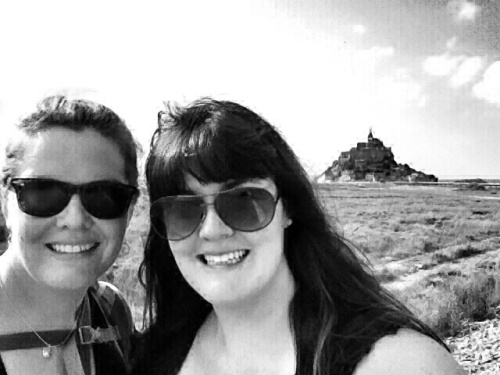 The view from our hotel room

After dinner and some exploring around the island (the *one* street filled with restaurants and novelty/souvenir shops), we headed down to the ‘beach’ to take pictures. We walked barefoot and there were only a handful of people down there, so it felt like it had cleared out just for us. Aside from the constant cries of seagulls, it was quiet and beautiful! My sister can attest- I was downright giddy I was so happy to be there.

The next morning we went through the Abbey at the top of the island (oh the stairs…. People with limited mobility or even worse: strollers (!!!) : stay away!!). 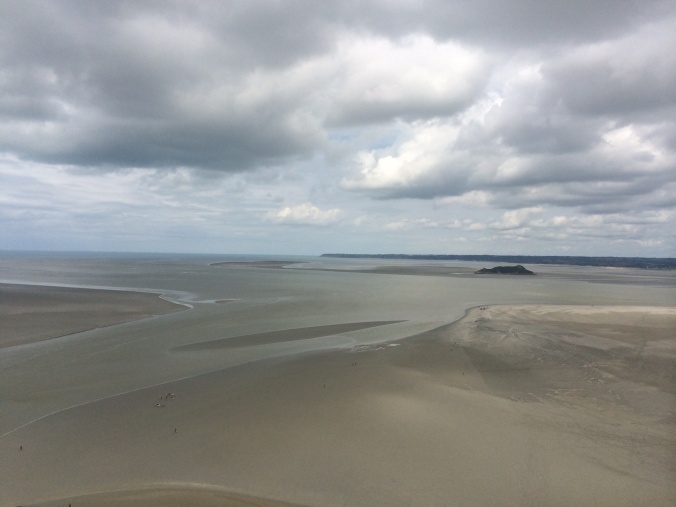 Even by 10:00am we realized how quickly the island gets busy!

The one street. Did I mention there is only one street? I’m not exaggerating. One street.

I’ll never forget it. I am SO glad we stayed overnight on the island, and got to see this incredible place. It is a ‘must-see’. 🙂 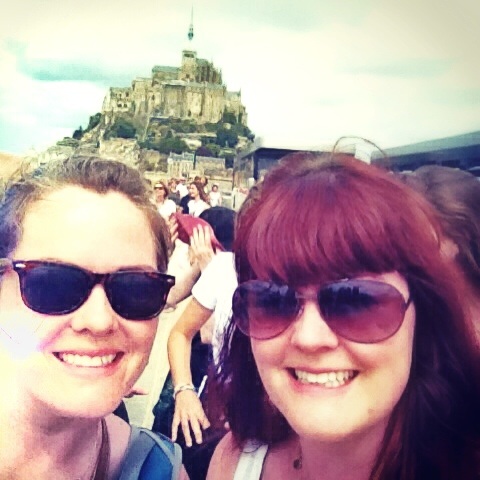